.
 * Summer Special: Free US Shipping! (For everything except Apparel) *
0 Items 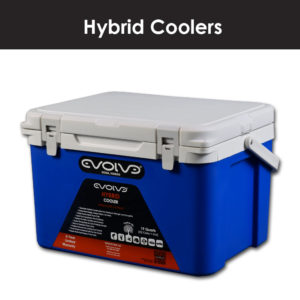 First up is the new Evolve HYBRID coolers, there’s not a lot like this right now. HYBRID means this is halfway between a high-end rotomold cooler and the low-end box store special. Using the same injected foam as our rotomold coolers, the HYBRID is half the weight and half the price! 19 qt keeps ice for 3-5 days! It’s truly time to EVOLVE! 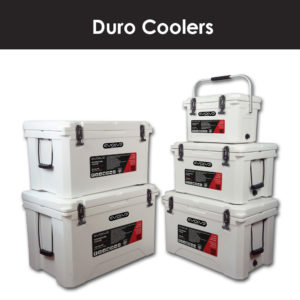 Next up is the Evolve DURO series which is rotomolded to provide an extremely rugged construction. Seamless design allows ice to last 7-10 days! The 22 qt sells for $139.95 – which is $60 less than the comparable “Abominal Snow Man” cooler of the same size! Won’t bend or bow in the sun like the “Australian” box coolers either! Just can’t stop evolving!

Signup and get 10% off on your first order!

* Your information will *never* be shared or sold to a 3rd party. * 10% Discount Code will be sent via email.